In Microsoft Excel Version 2002 and earlier versions, you needed to create a data list to use certain functions such as sorting and filtering data or creating a PivotTable. Though the concept of a data list was only loosely defined in the help system, the bottom line was that you needed to have a series of columns, with headers, and a series of rows with values for the columns. Figure 26-1 shows a data list of suppliers derived from the Suppliers table in the Northwind sample database (included with Microsoft Access). 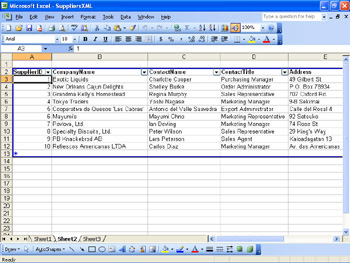 Figure 26-1: A data list has column headers and rows of data, with each row representing a complete set of column values.

One of the advances of Microsoft Office Excel 2003 is that the concept of data lists has been codified into a coherent whole, implementing the new vision in a manner very like an Access table or a data form (not to be confused with a user form).

After you've created your list, you can begin typing data into the insert row, where the left- most cell contains an asterisk. Pressing the Tab key moves you to the next column, whereas pressing the Enter key creates a new row in the list. Once you have data in the list, you can use the down arrow buttons in the first row (usually the header row) to filter the values in your list as if you had created an Advanced Filter. You can add a total row to the list by clicking any cell in the list and then clicking Data, List, Total Row. Clicking a cell in the total row displays a down arrow button that you can click to select the function you want to use in each total cell.

All the data lists in a worksheet have a place in the Worksheet object's ListObjects collection. The collection starts out empty, but you can use the collection's Add method to create a new ListObject in the worksheet that calls the method.

The ListObjects.Add method has the following syntax:

If you check the Visual Basic Editor Help file for the ListObjects collection's Add method, you won't see the .Name = namestring bit at the end. The example in the Help system requires you to create a new object and use a much longer statement to generate the same result. Also, if you use the Add method in the manner described in the Help system, you'll get error messages because the ListObject you create has no name. The Add statement in the example might seem a bit confusing, but you can think of it as a form of the following statement:

You're creating the member of the ListObjects collection in the same statement where you name it, but all is well because the ListObject exists when the Visual Basic Editor encounters the Name method.

As an example of how to use the ListObjects collection's Add method, consider the worksheet shown in Figure 26-3, which has a series of cells that contain values to be used as column labels. 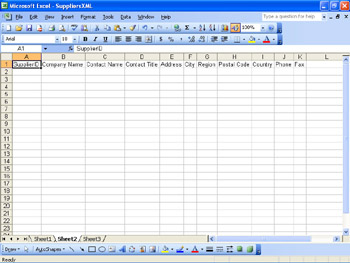 Figure 26-3: This worksheet has existing column labels and is ready for a list.

You could create a list based on that set of column labels using this procedure (which you would add to a code module):

Lists are a terrific addition to your battery of Excel tools, but they're even more powerful when you combine them with XML data. The next section of this chapter introduces the basics of the Extensible Markup Language and how Excel uses it to facilitate data handling.