Just a moment ago, I explained types by asking you to imagine you had three buckets—one for sand, one for water, and one for pebbles—to build a sand castle. The types were sand, water, and pebbles. The buckets are the variables. In other words, a variable is used to hold values (with the kinds of values limited by the kinds of types). So you can think of a variable as a placeholder for data. As such, variables are an important underlying part of any computer program. If you just have a value—for example, the number 42—you can perform operations on that particular number. But if you have a variable that holds numerical values, you can invent an operation once—and then apply it to a whole mess of values.

For example, a store might want to give a five-percent discount on the price of all items on a particular day. The computer program that generates the total at the checkout register doesn’t have to provide instructions for each item if the item price is stored in a variable. It just applies the discount to the price stored in the variable for the item being purchased. Figure 2-1 shows this simplification.

Figure 2-1: By storing values in variables, each operation doesn’t have to be written in code.

It’s easy to name a JavaScript variable because variables can be named pretty much anything you’d like provided the name begins with a letter. Variable names can also begin with an underscore (_) or a dollar sign ($).

There are only a couple of “don’ts” and “gotchas” when dealing with variable names:

A variable name can’t be the same as any JavaScript keyword. For example, you can’t name a variable if.

In JavaScript, variable names are case sensitive. This means that myVariable identifies a different variable than Myvariable, both of which are different animals than myvariable. Watch out for this one; this kind of thing can introduce errors into programs and be tricky to spot!

Here are some examples of legal JavaScript variable names:

Don’t get too excited just because you can name a variable pretty much anything you’d like! These are only the official variable-naming requirements.

Following the official rules of the Uniform Building Code is probably necessary for building sound houses that can be resold, but it’s not sufficient for creating well-designed, intuitively functional homes. In the same way, as a matter of good programming practice, you should be careful with variable names. For example, in the list of variable names I just gave you, some identify their likely contents (SSN, total_cost, L_Name) and others don’t (Whale, salmon, pelham123).

You can create variables in your code in two ways:

Creating a variable just by using it—in other words, without declaring it using var —works okay but is not good practice. If the JavaScript interpreter sees the identifier trekVerb without a declaration, and it makes sense to use the identifier as a variable, that’s what will happen. But it’s bad programming practice because it’s not necessarily clear at a casual glance what the identifier is.

It’s high time to work through a few examples of creating variables and assigning them values.

Now you have two variables, the first containing "Make" and the second containing "it so!" Let’s combine them to create the phrase (from Star Trek: The Next Generation) Make it so! The new, combined phrase will be stored in a new variable. The contents of the new variable will then be displayed in a Web page using the document.write method I showed you in Chapter 1.

Let’s take this from the top, one step at a time.

Next, create a third variable, trekQuote, and assign the values of the first two variables to it, using the string concatenation operator (+) to connect them:

In everyday usage, the plus sign (+) is used to add two numbers together. For example, 1 + 1 = 2. The plus sign is used this way in JavaScript, as well—and is called the addition or additive operator.

the concatenation operator is used to assign the concatenated string "Make it so!" to the variable trekQuote.

The following is another example of string concatenation, which makes a variable named tharn and stores the value "cat" in it. Next, tharn is assigned the value of itself concatenated with the string literal "atonic", and the result is displayed:

As you can see in Figure 2-2, "cat" concatenated with "atonic" makes catatonic.

The final step in the Star Trek quotation example is to display the value stored in the variable trekQuote, using the document.write method I explained to you in Chapter 1:

Note a subtle, but important, difference between this line of code and the line of code in Chapter 1. In Chapter 1, we displayed a line of text after the French mathematician and philosopher Descartes:

In that case, the text displayed was a string literal —in other words, the literal text contained between the quotation marks. In this example, we’re doing something a bit more abstract and powerful: We’re telling the computer to display the contents of the variable trekQuote, whatever that may happen to be.

Listing 2-1 shows making the variables, assigning them values, and concatenating them into the trekQuote variable. As you can see in Figure 2-3, the full phrase is correctly displayed. 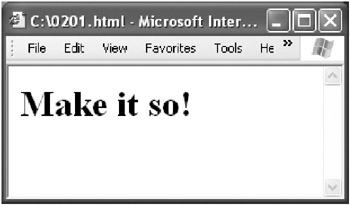 Figure 2-3: The contents of the trekQuote variable is displayed.

Here’s how this works: Suppose you have a sentence full of single and double quotes that you’d like to display. For example, this if from Harry Potter and the Sorcerer’s Stone:

To change the double quotes and single quote (that is, the apostrophe) in this sentence so that they can be displayed as a JavaScript string, they must be escaped. Here’s how this looks:

Next, the whole thing must be surrounded by single or double quotes before you can assign it to a variable or display it as a string literal:

Listing 2-2 shows assigning the escaped string to a variable and then displaying the value stored in the variable. You can see in Figure 2-4 that the quotes are properly displayed.

Let’s Have HTML for Dinner!

You may have wondered if you can embed HTML within JavaScript strings. The answer is that you can—HTML is just plain text like any other text string. Let’s use the HTML line break tag— <BR> —to create line breaks where we’d like them in a JavaScript string displayed with the document.write method. This will also give us a chance to practice assigning and concatenating variables.

Next, create variables for each word in the text you want to display:

Note that I’ve named the variables to match their contents, but the variable name isn’t the same thing as its contents.

Next, concatenate the variables with display text and the newLine variable containing the HTML line break tag and then assign the results to a variable named splitLine:

Finally, display the text including HTML:

As you can see in Figure 2-5, the HTML works: The line of text is displayed with breaks where the <BR> character was placed. 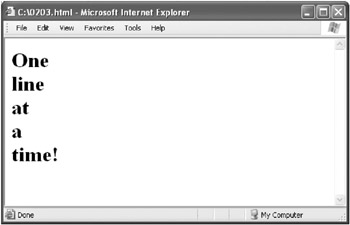 Figure 2-5: You can include HTML tags in JavaScript strings.

Listing 2-3 shows the complete code for concatenating the words and HTML line breaks.

In addition to the three standard types—Boolean, Number, and String—that I’ve told you about earlier in this chapter, there are two other special types in JavaScript: Null and Undefined.

The Null type has only one value, null. The null value means that there’s no data in a variable.

The Undefined type also has only one value, undefined. This is the value of a variable whose contents are unclear because nothing has ever been stored in it. (Interestingly, a variable that has never been mentioned in a particular program also has the value of undefined.)

You should also know about NaN. NaN is an important property of the JavaScript Number object. It’s short for Not a Number and is the result of a mathematical operation such as dividing a number by zero that has no numerical answer. NaN is unequal to any number and doesn’t even equal itself.

You’ll find out more about Null, Undefined, and NaN as you go on in Learn How to Program.

JavaScript is a loosely typed language. This means you don’t specify the type of a variable when you create it. Variables are automatically converted to reflect the type of values stored in them during program execution depending on the JavaScript interpreter’s analysis of the context in which a variable is being used. This makes things seem easy because you don’t have to manually specify type conversions, but it also means that there’s a greater possibility of error because of unexpected consequences of automatic type conversion.

It’s often the case in programs that you’ll need to convert a type. As a simple example, suppose you’ve performed a calculation and come up with a number. You now want to display the number as part of a string (“Including interest, you owe $42.42. Please pay it at once.”). The process involves converting the number (the result of the calculation) to a string for string concatenation and display.

As a general rule of thumb, JavaScript automatically converts numbers to strings rather than the other way around. Thus, in these statements:

both occurrences of 42 are converted to strings, no matter whether the number is the first value encountered by the variable. If you concatenate the test variables with an HTML line break:

you’ll get the results shown in Figure 2-6. 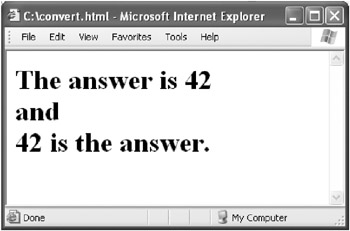 Figure 2-6: JavaScript implicitly converts numbers to strings rather than the other way around.

Bear in mind that most conversion bugs happen during comparisons. If you only compare same types—not mixing numbers and strings—you won’t run into problems.

Conversions to a Boolean type, which contains logical information as explained at the beginning of this chapter, are generally safe if you know the rules. Chapter 3, “ Using Conditional Statements,” explains these conversions.