Instant Updates To Your 3D Models

By far one of the best features in the Invigorator is the ability to link each 3D model to the original Illustrator file that it came from. Once this link is made, changes to the Illustrator vector art will update the 3D objects within the Invigorator. In other words this feature will let you change the shape of your 3D objects without having to re-import the file, reapply the surface settings, or even reanimate the objects once they've been changed. It is the perfect tool for responding to the changes that occur during the course of a project. 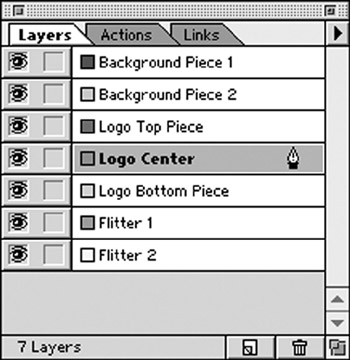 The "file-model" linking is accomplished by following these easy steps:

Build the Illustrator file so that each object is placed on its own layer in Illustrator. An object can be made of more than one path . For instance, the word "hello" is made of many paths, but if all the letters are placed on a single layer, then during the next step they will all become a single object.

That sets up the magic. To make the magic happen do the following:

Make changes to the artwork in Illustrator, but don't move the artwork to a new layer. Keep the artwork on the same layer as it was when first brought into the Invigorator. Save the file.

Inside the Invigorator select the objects you want to update. Then click the Reload button on the Object tab. This will tell the Invigorator to find the original Illustrator file, look through it to find the layer that the object originally came from, and update the 3D model with the new vectors it finds in the edited file. 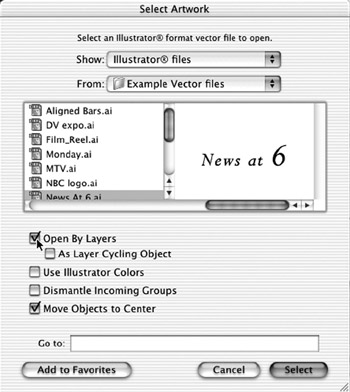